Southeastern Community College will host receptions for this year’s Distinguished Alumni honorees prior to the May 12 and May 13 SCC commencement ceremonies.

Keokuk 2021 Distinguished Alumnus, Paul Gaylord, will be honored at a reception on Wednesday, May 12, at 5 p.m. on SCC’s Keokuk campus.

West Burlington 2021 Distinguished Alumnus, Judy Brueck, will be honored at a reception at 5 p.m. on Thursday, May 13, at the banquet room at Burlington Memorial Auditorium. 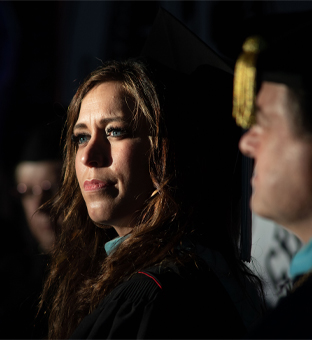 Gaylord dedicated his life to education and advocating for his hometown, Keokuk.

He earned an associate degree from Keokuk Community College in 1958 and a bachelor’s degree in education from Western Illinois University in 1960. He went on to earn a master’s degree in counseling and school administration in 1964 from Illinois State University.

Gaylord worked in the Keokuk Community School District for 28 years, serving as counselor, assistant principal, and eventually as principal of Keokuk Middle School for 16 years. One of the many highlights of Gaylord’s career was in 1988 when he received an award as one of the top 150 schools in the U.S for Excellence in Education on behalf of Keokuk Middle School from President Ronald Reagan at a ceremony at the White House.

In appreciation for his dedication to the Keokuk Community School District, then-mayor Ronald O. Bramhall declared June 4 to be Paul Gaylord Day.

Gaylord served his community diligently for the benefit of children, he encouraged everyone he knew to take pride in the city, and served as a positive role model for students and parents alike. The fruits of his life’s work continue to make a difference in his community and in the lives of all the people he served.

She worked the night shift in Burlington Medical Center’s (BMC) Intensive Care Unit before returning to SCC’s West Burlington campus to complete her associate degree in nursing in 1979.

In 1980, Brueck was among the first nurses selected to staff BMC’s new oncology unit. A few years later, she went on to help start its home health/home hospice service, spending the next 20 years providing end-of-life care and family support.

Brueck joined the BMC Case Management Department in 2000 where she managed patient and medical services data records. Her work contributed to the department’s data validation rate of 98% as measured by the Centers for Medicare and Medicaid Services, earning BMC a Get with the Guidelines quality improvement award in 2018.

She earned a bachelor’s degree in business from Western Illinois University in 2005.

She retired from Great River Health Systems August 7, 2020 as the only employee in the hospital’s history with 50 years of continuous service.

In addition to her professional career, Brueck was active in a number of community organizations over the years, including the Boy Scouts, the Danville School Board, Des Moines County Sheriff’s Civil Service Commission, and the Burlington Fine Arts League.

Both pre-graduation receptions are open to the public and include hot and cold hors d’oeuvres and beverages for a free will donation.

Distinguished alumni are selected by the SCC Alumni Association board from nominations. Nominate an exceptional alumnus at scciowa.edu. The deadline for nominations is August 1.

For reservations, call the SCC Alumni Association Office at (319) 208-5062 or email lhunter@scciowa.edu .